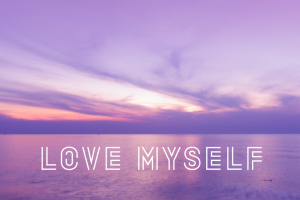 Do you love yourself? Do you really? What would it feel like to have a raw, unconditional love for yourself, every part of what makes you who you are? I’m on a mission to answer that question. Come with me and dive into vulnerability, authenticity, self-love, mindfulness and real exponential growth. I have begun a new chapter in my life, and I’m going in with a plan. Today I’m sharing with you a few things that really resonated with me on a recent retreat Escape with Joy with Elena Thurston and some amazing insight from my good friend and Faith Transition Life Coach Claudine Gallagher. I can’t wait to hear your feedback and what your own self-love is looking like! 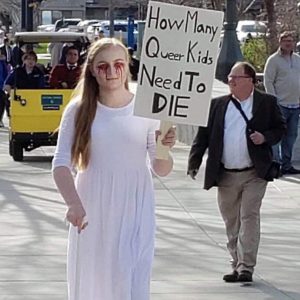 Crystal Legionnaires made waves one year ago when she stood and shouted “Stop Protecting Sexual Predators” in the Conference Center during a live session of conference. This year, she carefully chose a new demonstration to promote a message of importance for the quality of life of all LGBTQ individuals who are harmed by the policies and doctrine enforced by LDS Leadership. She shares with us the thought and planning before the day, the response during the walk, and what she has heard in the aftermath. Crystal includes a tender story of a woman who stopped to help her feet during the walk. If you’d like to watch the video of Crystal’s chat, head to Mormon Happy Hour on Patreon!