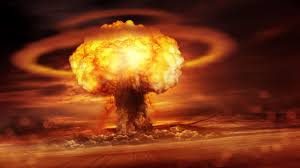 THIS IS PART 2 of a panel discussion.

Recently, Mike Norton aka NewNameNoah presented an expansion of information that was previously presented regarding McKenna Denson when she came forward with allegations of rape at the hands of the Missionary Training Center president in the 80’s, Joseph Bishop. This further information, and the manner in which Norton presented it has erupted a firestorm of controversy in both the ExMormon and the Mormon communities as people grapple with feelings of betrayal, rage, anger, and disgust. Neither one of these players is getting a free pass. Lesley Butterfield, Bryce Blankenagel, and our fresh panelist Janelle Brinton and I all create a diverse panel with differing opinions on how to digest this controversy, whether rage or compassion is appropriate, and how this could have been handled differently. If you’d like to watch rather than listen, head on over to Patreon for the video of this panel, where it was early released!